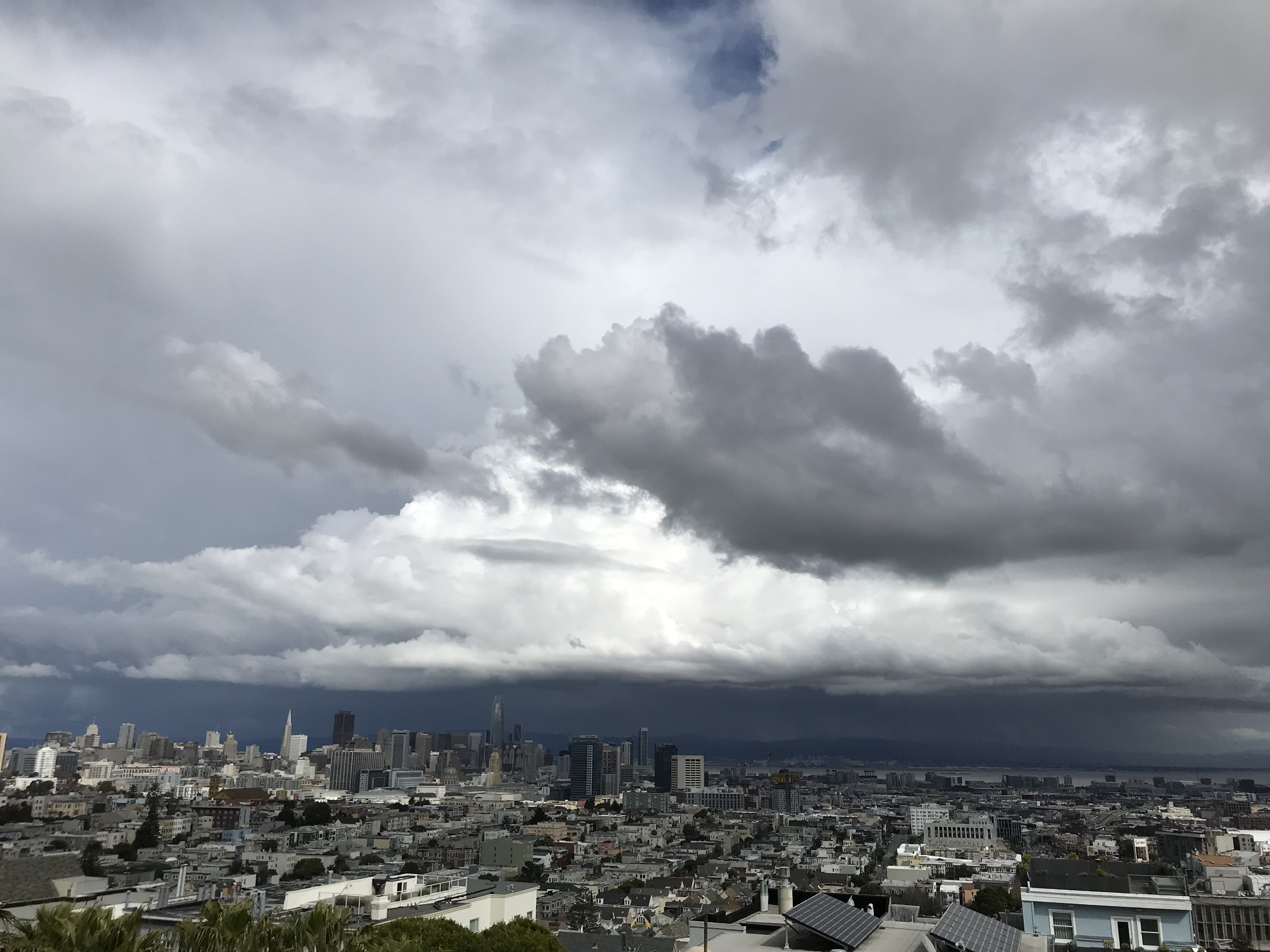 Why is the U.S. only ranked 35th in population health?

Why is the U.S. only the 35th healthiest country in the world?

According to the 2019 Bloomberg Healthiest Country Index, the U.S. ranks 35th out of 169 countries. Even though we are the 11th wealthiest country in the world, we are behind pretty much all developed economies in terms of health. In the Americas, not just Canada (16th) but also Cuba (30th), Chile and Costa Rica (tied for 33rd) rank ahead of us in this Bloomberg study.

To answer this layered question, we need to look at the top ranked countries in the Bloomberg Index: From first to 12th, they are Spain; Italy; Iceland; Japan; Switzerland; Sweden; Australia; Singapore; Norway; Israel; Luxembourg; and France. What are they doing right that the U.S. isn’t? In a nutshell, they embrace half a dozen critical economic, governmental and societal traits that are absent in the U.S.:

When it comes to access to health care, the 34 countries that are ahead of the U.S. in the Bloomberg health rankings all offer universal health care to their people. This means that preventive, primary and acute care is available to 100% of the population. In contrast, 25 – 30 million Americans do not have health care insurance, and an equal number are under insured. For 15 – 18% of our population, financial concerns about how to pay for a visit to the doctor, how to meet high insurance deductibles, or cash payments after insurance take precedence over taking care of their health. Lack of preventive care leads to visits to the emergency rooms for ailments that could have been prevented through regular primary care follow-up, at a very high cost to our health system. Note: We spent $10,700 per capita in health care in 2017, more than three times as much as Spain ($3,200) and Italy ($3,400). Many Americans postpone important medical operations for years, until they reach 65 years of age, when they finally qualify for universal health care or Medicare. Lack of prevention and primary care, health interventions postponed, and the constant worry that medical costs might bankrupt one’s family: none of this is conducive to healthy lives.

Who has not heard of the fabled “Mediterranean diet?” Rich in seafood, vegetables, olive oil and nuts, with little or no room for packaged and processed foods, it leads to lower rates of cardiovascular diseases and diabetes. Healthy dietary habits help propel Spain and Italy to the top of the Bloomberg health rankings, but they are not the only nations to eat well among the top 12 listed in the study: Israel is also a Mediterranean country, and its habitants’ culinary habits have a lot in common with those of countries bordering the Roman “Mare Nostrum.” They all share an abundance of high fiber and low-fat foods with plenty of the vegetables, fruits, organic products, and oily fish so good for weight control. And then there is Japan, 4th on the Bloomberg study, which can boast of legendary and centuries-old food traditions emphasizing balance, variety and freshness of ingredients. One very tangible result of all these culinary traditions is a much lower rate of obesity than in America. Obesity leads to a number of potential causes of premature death such as heart diseases (the leading cause of death in the U.S.), diabetes and kidney ailments. It is unfortunately a well-known fact that adult obesity in the U.S. exceeds that of most countries in the world, including all those ahead of us in the Bloomberg health rankings. About 40% of adults in the USA are obese, with a body mass index (BMI, a measure of a person’s weight relative to her or his height) above 30. In Spain, only 25% of adults have a BMI above 30; that percentage is 20% in Italy; and a remarkable 5% in Japan. The causes for obesity in America are well known: A poor diet, with too much consumption of packaged and processed food, which is not as well regulated as it ought to be; too many fast food meals; and low levels of exercise due to excess driving caused by an urban sprawl absent in Europe and Japan. Bad diets are also a symptom of the growing economic inequality in the U.S. Fresh, natural and organic products are high-priced relative to packaged and processed alimentation: As a result bad nutrition affects disproportionately those at the bottom of our socio-economic pyramid, with very negative health consequences.

Let’s now look at health crises that appear to afflict our country more than other developed economies. The first one that comes to mind is the opioid epidemic, now officially a national emergency. The U.S. accounts for 4% of the world’s population, but 27% of the world’s drug overdose fatalities, with 47,000 people dead from overdose in 2017. Why? Americans use more opioids than any other developed country: According to the United Nations International Narcotics Control Board, daily opioid use is twice as high in the U.S. as in Germany, the largest European economy. The difference is higher still with the nations ranked at the top of the Bloomberg Index: Italy; Spain; Iceland; Japan; Sweden; Norway; Israel; and France consume between 10% and 20% opioids per capita relative to the U.S. One of the main reasons is that physicians in the U.S. are much more willing to prescribe opioids to their patients. In particular, American doctors routinely prescribe insurance reimbursed opioids for chronic pain. In contrast, Japanese health insurers will not cover opioid consumption unless used in surgery at the hospital. In Europe, opioids may be reimbursed outside surgery but are generally prescribed by specialists rather than primary care physicians, and in hospital settings, a very controlled environment. The pharmaceutical industry is also much more regulated outside the U.S. Advertising for drugs in Europe is severely limited when not prohibited outright. In our country, thanks to their enormous and successful lobbying efforts, pharmaceutical companies are free to promote their products endlessly. American doctors prescribe 50% of the opioids consumed for use at home, according to the Center for Disease Control and Prevention: Prescribing opioids is easy, and takes little time for overburdened primary care physicians who may see as many as 30 patients per day. The much loved Japanese doctors calling on their patients at home have more time to engage in a more personal discussion with their patients, which might lead to a longer-term therapy alleviating pain without drug prescription. In Europe as well, physicians work with their patients to promote overall good health, nutrition and wellness, as alternatives to remedial drug use.

In another crisis, less remarked-upon than opioid abuse, we have experienced recently an alarming rise in suicides in the U.S. The number of suicides in our country rose 30% since 2000, reaching 43,000 deaths in 2017, or 13 per 100,000 people. This tragedy is afflicting disproportionately those in mid-life, between 45 to 54 years of age. It did not use to be this way; remember the stories about high rates of suicide in Nordic countries relative to ours? Yet, during the last 15-20 years, suicide rates fell in other developed countries, particularly in Europe. According to the World Health Organization (WHO), suicide rates are now at 5 per 100,000 in Spain, or less than half the U.S. rate. In Denmark and Norway this rate is 9, and 11 in Sweden, all below ours. Are there explanations for this tragedy? This is obviously a very sad and sensitive topic, much beyond the scope of this article, but a number of studies have looked at economic and social causes for this affliction. Some evidence points to the weakening of the welfare safety net and social norms in the U.S. regarding mutual aid as one of the causes for this increasing despair in our population. Other studies blame widening income inequality, a distinctively American trend among developed nations: The Gini Index measuring inequality has risen to 0.4 in the U.S., versus 0.27-0.3 in European countries and Japan. Then there is the widespread availability of firearms in the U.S., with over 24,000 suicides per year in the country being committed with guns. On the other hand, all the top 20 healthiest countries in the Bloomberg study share a strong safety net, low economic inequality, and strict gun control laws. It is impossible to write about the lower life expectancy in the U.S. relative to the rest of the developed world without mentioning the 40,000 gun deaths we suffered in 2017. About 60% of these were suicides; and 40% homicides, or 4.4 deaths per 100,000 habitants. This is the one negative indicator where we are not two or three times worse than other developed economies, but an order of magnitude worse—10 times or more. According to the WHO, gun related homicides per 100,000 habitants total 0.47 in Canada; 0.15 in Denmark; 0.07 in Iceland; 0.06 in the United Kingdom; 0.04 in Japan; and 0.02 in Singapore. Clearly, the lack of gun control laws in our country leads to an actual national health emergency.

When baby boomers were growing up, many enjoyed vacations in Europe. One frequent story told by our vacationers was the mortal danger of European roads, foremost in Italy, France and Spain. In contrast, European visitors to America marveled at the safety of our highways. Forty years later, these trends have inverted: U.S. road mortality reached 40,000 fatalities in 2017, representing 12 deaths per 100,000 habitants in our country, versus an average of 9 in Europe. According to the WHO, Italy is now at 6; Japan below 5; Spain below 4; and world road safety pacesetters Netherlands, Sweden and the U.K. at around 3. What are we doing wrong relative to these other countries? Here are a few hypotheses: Lower front seat belt use; higher rate of driving under influence; driving licenses available to 16 old youths, versus 18 elsewhere; and an increase of speed limits up to 85mph in some cases, in a country that has historically maintained very strict speed limits, at 55 mph in most places.

The two leading causes of U.S. deaths are heart diseases (614,000 in 2017) and cancer (592,000). Respiratory diseases come next (147,000), with strokes representing 133,000 deaths. This is fairly typical among developed nations, although our rate of heart diseases is much higher than average—caused by the diet issues we saw above. What makes us unique among our economic peers is our high rate of accident casualties (136,000 in 2017) and suicides. These no longer make the top ten lists of causes of deaths in other developed countries.

With life expectancy declining in America during the last two years—a very undesirable type of “exceptionalism”—it is high noon for the U.S. public: We need to demand much more of our politicians and our federal and state governments, that they approve new laws giving us universal health care (e.g. though Medicare for All, with a public option available to everyone who wants it); stricter regulations of pharmaceutical companies; gun control; and a fairer economy. Individually, we also need to recognize the crucial roles of a healthy diet and wellness in a long and enjoyable life. Most medical professionals agree with these priorities, which are necessary to bring us back in line with developed world health statistics.