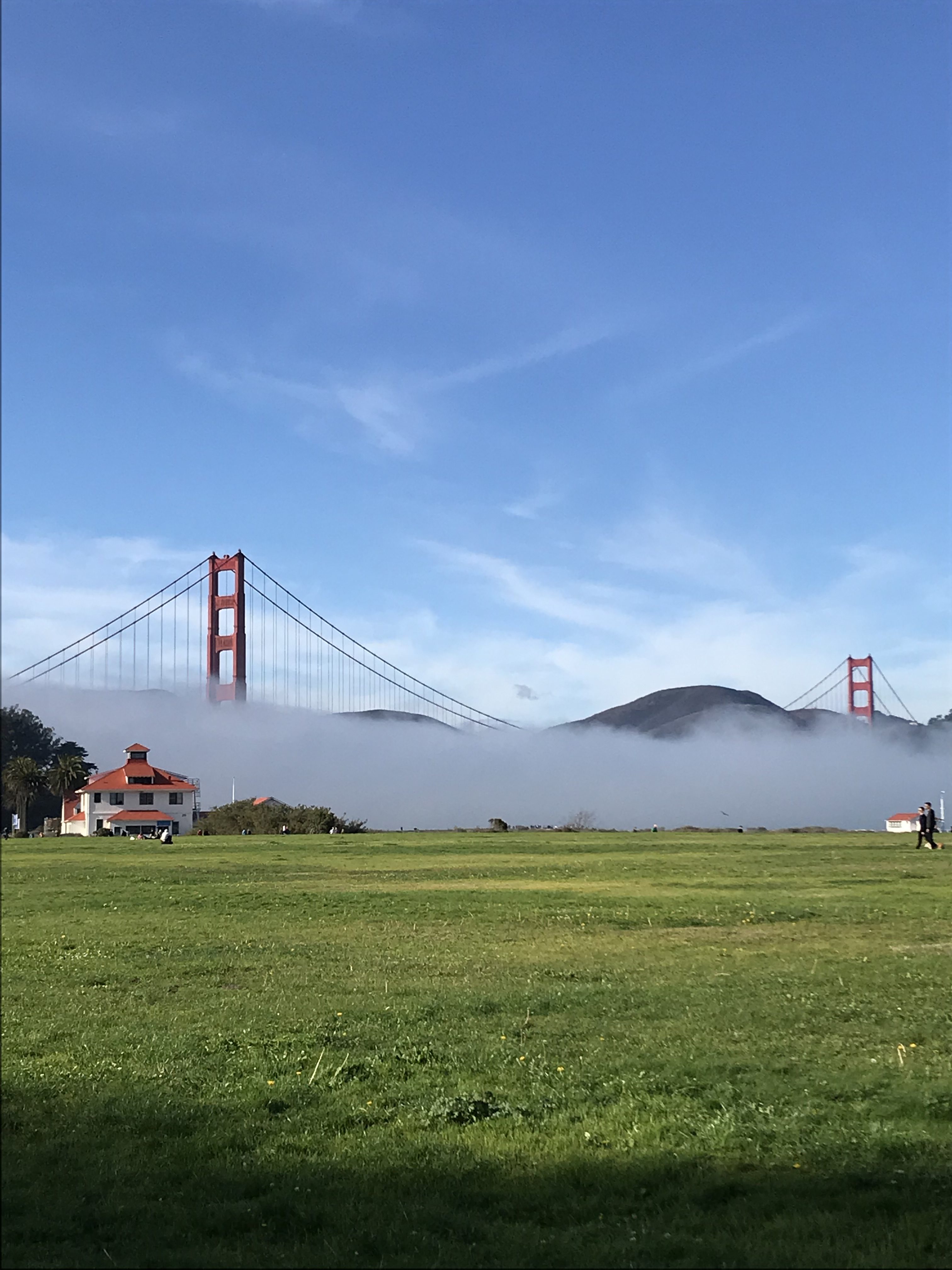 Why ACA Enrollment is Down This Year

Enrollment in Obamacare is down this year

Enrollment in Obamacare is down this year. Halfway through the sign-up period for ACA health care insurance plans, which ends on December 15, the federal website Healthcare.gov reported early in December that enrollment was down 11 percent compared to 2017, in the 39 states where it manages the ACA health exchanges. Why is that? There are half a dozen reasons for this trend, some of them positive with regards to health care coverage in the country, others more negative. Let’s list them in turn, starting with the positive ones:

1) People are enrolling in Medicaid instead of buying health coverage in the ACA marketplaces:

A number of States approved Medicaid expansion within the last 2-3 years, as defined under Obamacare, including Alaska, Indiana, Louisiana, Pennsylvania, and Virginia. For example, in Virginia, the election of Democratic Governor Ralph Northam in the fall of 2017 led to the state approving Medicaid expansion early in 2018. As a result, a large number of low-income Virginians elected to enroll in Medicaid, or quasi-free state government insurance, instead of purchasing coverage through the ACA exchanges. Virginia is not alone: the other states where Medicaid has been expanded are also showing declining ACA enrollment figures. By the way, this is a positive trend, since the main objective of Obamacare is to reduce the number of Americans without health insurance. Within this overarching priority, Medicaid is on balance a better option (simpler; more affordable; less subject to changing political winds) than exchange-based insurance.

It is also worth noting here that one of the very positive consequences of the recent midterm elections has been to increase the number of states that will get Medicaid expansion under Obamacare: This very popular proposition was on the November 6 ballot in three conservative states, Idaho, Nebraska and Utah. These three states all have a Republican governor and two Republican senators—pretty much all of them campaigning against Medicaid expansion. Yet, voters on November 6 approved this expansion by clear margins—53% in Nebraska; 54% in Utah and over 60% in Idaho. As a result, 300,000 low-income residents will gain access to health coverage.

In addition, in three other states where newly elected Democratic governors will replace Republicans, Medicaid expansion will likely be among the first measures adopted by the new executives in 2019. In Kansas, where Laura Kelly (D) defeated Kris Kobach (R), the state Legislature had already approved Medicaid expansion last year—it was vetoed by then governor Sam Brownback (R) on March 30, 2017. In Maine, where Janet Mills (D) will become the first woman governor of the state, outgoing Republican governor Paul LePage has had a rich history of vetoing Medicaid expansion efforts by the local Legislature, from 2011 to 2017. This is now history indeed, and around 80,000 low income Mainers will soon enjoy the benefits of being enrolled in Medicaid. In Wisconsin, where Tony Evers (D) defeated two-term governor Scott Walker (R), Medicaid expansion was also an explicit campaign promise by governor-elect Evers. Walker had rejected Medicaid expansion and the associated federal funds twice, in 2013 and in 2015, costing Wisconsin around $1 billion in federal money. In total, around 800,000 people are poised to gain access to health coverage for the first time in these six states. This in turn will likely lead to some future decreases in ACA marketplace enrollments, in 2019 and beyond.

2) Employment is up, and with it work related health insurance:

With more people working at the end of 2018 than a year ago, the number of people benefiting from employer-sponsored health insurance has also gone up. According to federal government statistics, 129.5 million Americans were employed in October 2018, up 3 million from November 2017. Not everyone among these additional 3 million employed will have had access to comprehensive employer insurance plans, but this tighter labor market does contribute to lower enrollment in the ACA exchanges, in a positive way. If one can get good work related health insurance, there is no need to look for health coverage through Obamacare. Just to look at orders of magnitude, the ACA enrollments totaled 12.2 million in 2017, according to the Kaiser Foundation. The 11% decrease observed thus far, if continuing through December 15, thus amounts to about 1.3 million, so one can easily imagine that a strong contributor to that figure is the growth in the ranks of the employed observed in 2018 throughout the U.S.

3) Many potential enrollees do not know (yet) they have to sign-up:

Let’s remember, the Trump administration cut the advertising, marketing and outreach budgets of the ACA by over 90% since 2017. These funds have not been restored in 2018. Also, last year saw the ferocious and extremely visible attempts by the Republican Congress to repeal Obamacare: These multiple attempts all failed, but were still in people’s minds when the enrollment period started late in that year. This year, what Americans had in mind was more likely to be the aftermath and lessons learned from the November 6 midterms, as opposed to Obamacare. Having said that, one cannot necessarily project the 11% decline observed halfway in the ACA enrollment period to the full results for 2018. These statistics are not necessarily linear, as has been observed in the past—many of us are procrastinators! Plus, eleven states (e.g. California; Colorado; Connecticut; Idaho; Maryland; Massachusetts; Minnesota) and the District of Columbia operate their own marketplace, and their enrollment figures are reported separately from the above federal government figures. In some of these states, enrollment in the health exchanges is up, not down. This could be driven in part by decreasing insurance premiums—for example they went down by 13-15% in Connecticut, Maryland and Minnesota. Finally, we don’t know how many people will just let their exchange plans be automatically renewed—we will only know this full tally well into 2019.

4) The federal mandate is gone:

As part of their efforts to weaken Obamacare, the Trump administration and Congress Republicans eliminated the ACA’s individual mandate as part of their 2017 tax legislation. This eliminated the tax penalty for individuals who elected not to have any health insurance. In theory, this means that some people could have dropped out of coverage because of the lack of penalty for doing so. In practice, however, this number is likely to be small, would it be only for the fact that this tax penalty was very loosely enforced by the tax authorities. There is also low awareness of this change throughout the country, so there is some skepticism that this much trumpeted change (“…which essentially repeals (over time) Obama Care,” tweeted Trump after passage of the tax bill) is having a strong negative impact on ACA enrollment.

5) There are new, low-cost options outside the ACA exchanges:

The creation of short-term, low-cost health policies that do not meet all the ACA standards is one of the efforts pursued by the Trump administration to weaken Obamacare, and was enacted by executive orders from the White House earlier this year. Essentially, these executive orders loosened regulations for health plans in 2018, and allowed insurers to offer low-cost and low-benefits plans that did not meet the ACA standards—for example they might not be available to people with preexisting conditions. Although many industry observers commented that some of these plans really did not amount to genuine health coverage, they have gained some traction with young and healthy people, who believe they are buying a kind of “catastrophic health insurance” at much lower premiums through them. The best rationale for these new low-cost plans is that over the last 4-5 years, rising premiums have deterred people who do not qualify for the ACA subsidies to enter the health insurance market. These plans have just become available, so the jury is still out on whether they will prove to be of use in case of unforeseen and catastrophic illness for their recipients, or if they will instead lead to much disappointment, and litigation. In any case, they are likely to appeal foremost to people who would have not entered the insurance market through the exchanges, so it is not cleat whether they are a strong factor in the decrease seen thus far in ACA enrollment.

To further promote its low-cost health plans outside the ACA, the Trump administration has proposed recently that the ACA subsidies could be used at the state level for these low-cost health plans providing lower benefits and fewer protections. If some states were to implement this recent proposal by the administration, it could undermine Obamacare, because up to now the ACA health plans have been the only ones for which consumers can use these subsidies, essentially tax credits designed to help customers with middle class levels of income (up to 400 percent of the federal poverty line) pay the premiums. The rationale presented by the Trump administration is that such proposals would allow states to create their own set of health policies, free from federal mandates.

6) In some areas, ACA plans may cost more, after subsidies are factored-in:

Of all the negative reasons why ACA enrollment is lower thus far in 2018, this is likely the one that had had the most impact. Over the last 4-5 years, as seen above, the “sticker” prices for ACA plans (meaning pre-subsidies) have increased significantly, sometimes dramatically so. And even though this year average premiums decreased in 18 states, and stayed relatively flat in a dozen others (including California), the actual prices paid by many people after subsidies are factored-in could have gone up. This is very difficult to estimate precisely, but a potential (and counter intuitive) rationale is that with prices going down pre-subsidies in many states, many people will have had the disagreeable surprise that the subsidies available to them went down too, making it impossible for them to find a free plan in 2018. If this situation occurred on a certain scale, it is likely to have deterred a substantial number of former ACA enrollees to re-enroll this year. There has been anecdotal evidence that increased insurance competition, which occurred in several states in 2018, may have decreased both sticker prices and subsidies, leading to a decrease in the number of no-cost plans available locally. However, upon further thinking and research, some of the people who may not have yet enrolled as a result could find out during the last 2-3 weeks of enrollment, up to December 15, that low-priced ACA plans, even if not totally free, still represent the best option for them.

In summary, yes, enrollment in ACA plans is down thus far, but when all the numbers are calculated after the December 15 end of the full enrollment period, the net result may be closer to the 2017 numbers than the current 11% decline indicates. The analyses of the half a dozen factors above indicate that there is still some “stickiness” in Obamacare enrollment.

More importantly, we should not lose sight of the main story: the “raison d’etre” for the ACA is to increase the percentage of Americans who benefit from health insurance. If enrollment in the ACA exchanges decreases because more people are enrolled in Medicaid, or have recently gained access to health coverage through their employment, who cares? The right metric is not ACA enrollment, it is how many Americans have health insurance, in total number or as percentage of our population. Yes, ACA enrollment may be on a (gentle) downward path, but if the percentage of Americans with health insurance continues to increase, it validates the ACA and keeps proving its worth.