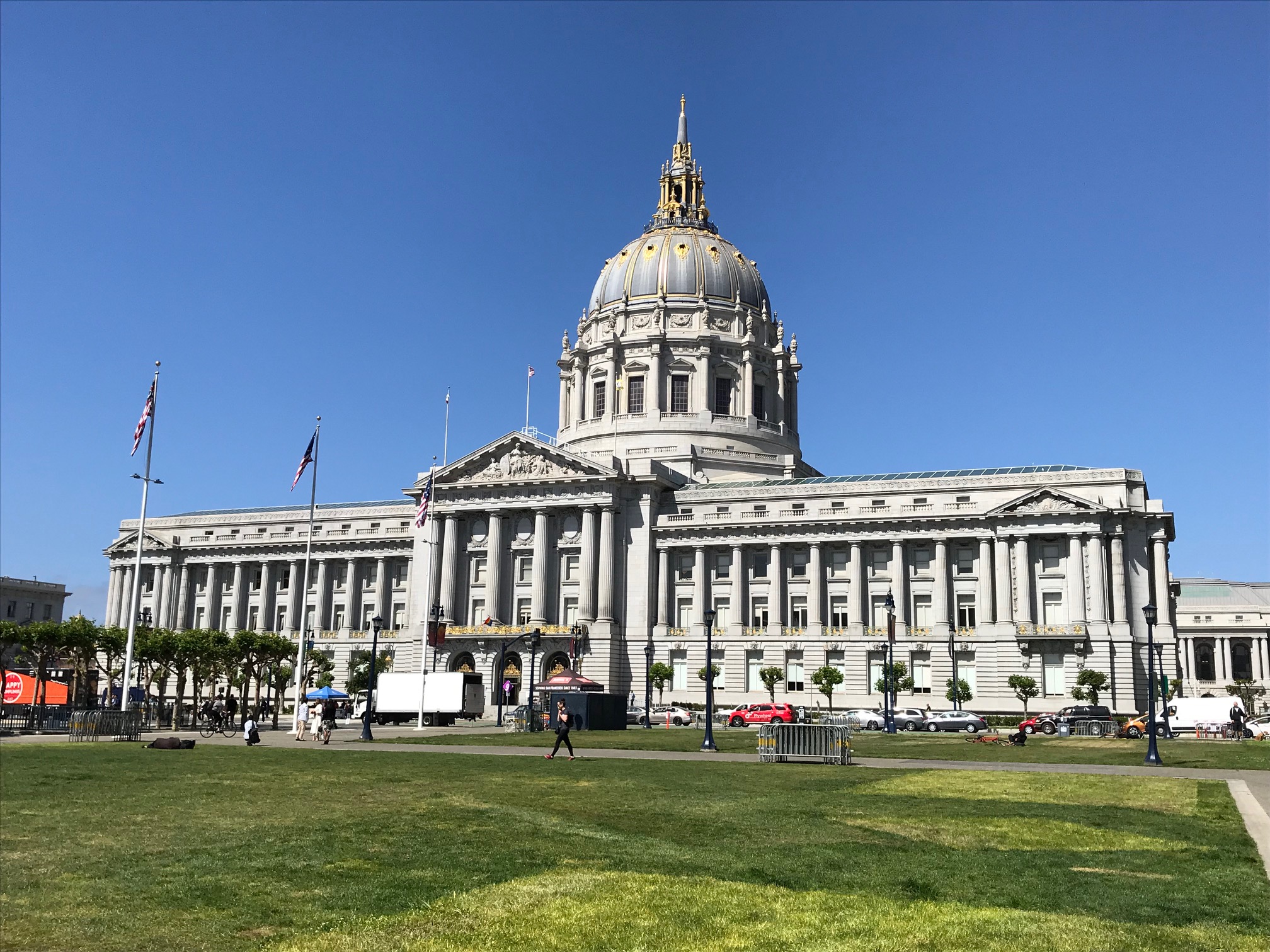 The Democrats have taken control of the House. And Utah, Nebraska and Idaho have approved Medicaid expansion. What does this portend for U.S. health policy?

In a nutshell, four health care developments will take place or are likely to occur within the next two years:

Let’s look at each one of these developments in turn:

The very popular Medicaid expansion was on the November 6 ballot in three conservative states, Idaho, Nebraska and Utah. These three states all have a Republican governor and two Republican senators—pretty much all of them campaigning against Medicaid expansion. Yet, voters on November 6 approved this expansion by clear margins—53% in Nebraska; 54% in Utah and over 60% in Idaho. As a result, an estimated 300,000 low-income residents will gain access to health coverage (150,000 in Utah; 90,000 in Nebraska; and 60,000 in Idaho).

This Medicaid expansion story does not stop here. In three states where Democratic governors will replace Republican ones as a result of the election, Medicaid expansion will likely be among the first measures adopted by the new executives in 2019.

In Kansas, where Laura Kelly (D) defeated Kris Kobach (R), the state Legislature had already approved Medicaid expansion last year: It was vetoed by then governor Sam Brownback (R) on March 30, 2017. Laura Kelly campaigned, among other things, on Medicaid expansion, and it looks like her constituents will soon benefit from it.

In Maine, where Janet Mills (D) will become the first woman governor of the state, term-limited Republican governor Paul LePage has had a rich history of vetoing Medicaid expansion efforts by the local Legislature, from 2011 to 2017. In 2017, Maine voters directly approved Medicaid expansion in a referendum, but the LePage administration resisted implementing the law, even challenging a recent court ruling ordering him to submit an expansion application to the federal government. For good measure, LePage also vowed to block any Medicaid expansion-funding bill approved by the legislature. All of this is now history, and it is likely that around 80,000 low income Mainers will soon enjoy the benefits of being enrolled in Medicaid.

In Wisconsin, where Tony Evers (D) defeated two-term governor Scott Walker (R), Medicaid expansion was also an explicit campaign promise by governor-elect Evers. Walker had rejected Medicaid expansion and the associated federal funds twice, in 2013 and in 2015, costing Wisconsin an estimated $1 billion in federal money. It is estimated that over 250,000 low-income people in Wisconsin could get access to health coverage under Medicaid expansion.

In total, around 800,000 people are poised to gain access to health coverage for the first time in these six states, a very positive consequence of our November 6 election.

NOTE: Democrats also won governor elections in four other states with incumbent Republican governors (Illinois; Michigan; Nevada; and New Mexico), but Medicaid expansion is already in effect in these four states, since 2013.

With the Democrats gaining control of the House of Representatives, Obamacare will remain the law of the land. The day after the election, Senate Majority Leader Mitch McConnell suggested that lawmakers should now address the flaws in the ACA (instead of attempting to repeal it), “on a bipartisan basis.”

The only issue in the horizon will be the lawsuit filed in February of this year by a coalition of 20 states, led by Texas and Wisconsin. This lawsuit claims that Obamacare is no longer constitutional after the Republicans eliminated in December of 2017 the tax penalty associated with the ACA’s individual mandate. The 20 Republican attorney generals argue that without the tax penalty, Congress has no constitutional authority to legislate the individual mandate. Even if this case reaches the Supreme Court, one has to remember that the Court affirmed twice the constitutionality of the ACA, in June of 2012 and then 2015, with Chief Justice John Roberts voting with the majority on both occasions.

This leads us to preexisting conditions:

Having voted many times over the last eight years to repeal the ACA, including its protection for preexisting conditions, many Republican candidates in the November 6 elections became “born-again” advocates of mandating that health insurance companies cover preexisting conditions. This, no doubt, is due to all the electorate surveys pointing out that over three-quarters of Americans favor this protection. On voting day, exit polls also showed that health care was the most important issue for voters, by a margin of two to one.

It is therefore quite likely that one of the first initiatives by the incoming Democratic leadership of the House will be to pass specific legislation, on top of the ACA, guaranteeing that anyone in the U.S. suffering from a preexisting medical condition maintain access to insurance coverage at an affordable price. Will the Republicans’ conversion to this issue on the campaign trail lead to bipartisan legislating? Bipartisanship is rare these days, but nothing focuses a U.S. Congressperson’s mind more than constituent pressure—imagine going for re-election in 2020 after having voted against protecting preexisting conditions! Not a pleasurable prospect for any candidate. So we could very well see such an initiative in 2019, the Democrats promoting it as a necessary measure, “just in case we lose the House Majority in 2020 and Republicans kill the ACA for good.” This would also allow Republicans still wanting to repeal the ACA after 2020 to try to do so without reneging on their campaign promises.

To close, what about our galloping drug prices and pharmaceutical companies?

This is an area that had already seen some progress throughout 2018. And even if the initiatives to date have had a limited impact on drug prices, the trend is positive:

The first Trump administration’s initiative targeting the high cost of pharmaceuticals, unveiled in a speech by the President in early May of this year, had a few positive ideas but did not directly challenge the pharmaceutical industry and its role in setting drug prices. Score one for the industry’s lobbyists, said Wall Street, which bid-up the pharmaceutical sector by 3% the same day.

But on September 18, Congress passed a couple of bipartisan bills: These two bills, one for Medicare and Medicare Advantage beneficiaries, and the other for employer-sponsored and individual health coverage, were passed in nearly unanimous vote. They increased transparency in health care by eliminating “gag orders” that used to prohibit pharmacists from telling their customers and patients when they could save money by paying cash for prescription medicines as opposed to the price negotiated by their insurance plans. This represented progress, even if with limited potential savings due to the complexity involved in these processes.

More recently, on October 25, Trump proposed that Medicare base the price it pays for a series of expensive drugs on the average prices in other developed countries such as Canada, France, Germany and Japan, where they are much lower than in United States. This proposal is at a very early stage, a little bit of a “pilot program,” and not much has been said about it in the run-up to the recent midterm election, but it represents a significant first. Most industry analysts agree that drug prices have become the fastest growing component of our enormous health care costs for two fundamental reasons: one, the Medicare Part D clause introduced under the George W. Bush administration that (absurdly) prevents Medicare, the largest purchaser of drugs in the country, to negotiate prices with pharmaceutical companies; and two, the lack of competition from lower priced imports from reputable developed countries. This latest proposal is the first step in over a decade that would open the door, at last, to real competition for our pharmaceutical industry. And unlike in May, this time the drug makers’ lobbyists pushed hard against the idea, claiming with hyperbole that the Trump plan would import “socialized” price controls…

Without being able to go into more specifics, one can clearly imagine that, if House Democrats want to put bipartisan initiatives that stand a chance of gaining White House approval, proposals to reign-in drug prices will be high on their list of priorities, alongside infrastructure, for example. Fingers crossed!