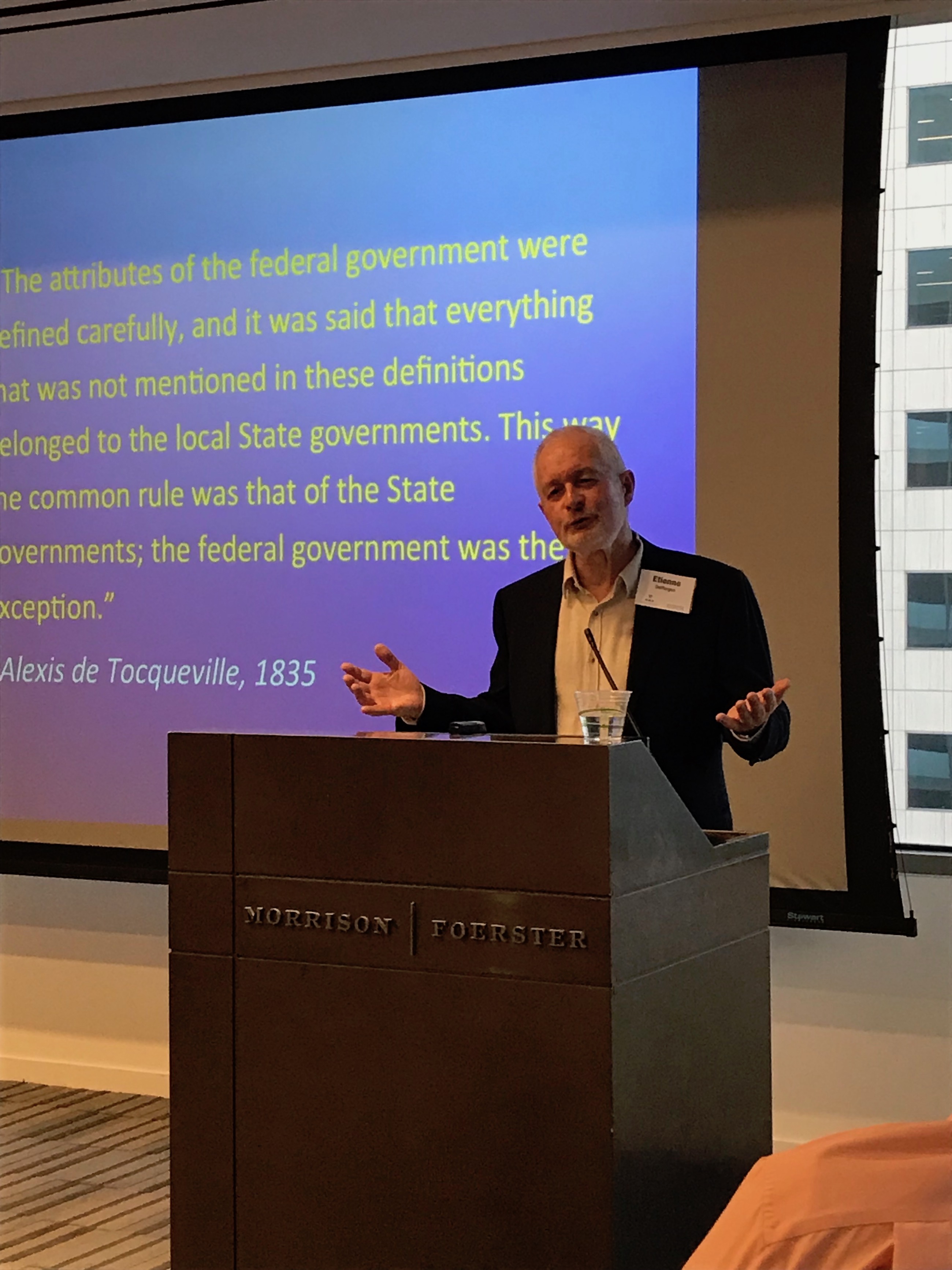 Though the United States currently spends approximately $3.5 trillion a year on health care—the equivalent of the entire GDP of the world’s fourth-largest economy—our life expectancy has decreased for the last two years in a row.

“This is really quite unique among developed countries,” says Etienne Deffarges (MBA 1985), author of Untangling the USA: The Cost of Complexity and What Can Be Done About It.

Deffarges, a health care entrepreneur and investor, talked about his book and the concept of complexity to a gathering of 60 alumni from the HBS Association of Northern California(HBSANC) on May 9 as part of the association’s Civic Engagement Series.

In addition to costing trillions, Deffarges says complexity in health care, government, finance, and other large systems is causing a broad range of other negative impacts on society, including the opioid crisis, crippling political partisanship, increasing inequality, and staggering bureaucracy.

“But complexity is not in our DNA. The United States Constitution is a perfect example of simplicity,” says Deffarges, who also serves on the Executive Council at the Harvard School of Public Health. Other examples of simplicity he cites: single-payer health systems and the 37-page Glass-Steagall Act, which prohibited banks from making risky investments. Deffarges compares that to the 2,300-page Dodd-Frank legislation, which “added immense complexity” to the law.

“I was one of the first to buy the book,” says Mark Belinsky (MBA 1982) who drove almost three hours to attend the talk. “The topic is extremely timely. Everybody seems to know these problems in healthcare and finance, the environment and government that need to be fixed. The question is ‘What do we do?’ Etienne offered some good ideas that struck a chord with many of us.”

One solution in health care, says Deffarges, would be to expand Medicare so that people of all ages can enroll through an age-tiered process. “Let’s take what works and offer it to everyone.”

Approaching these problems from the bottom up may also be critical. “Who will take us down the road to simplicity? We can’t rely on the federal government, which was designed as an exception,” says Deffarges, pointing out the state-by-state initiatives that are enacting Medicare-for-All. “States will show us the way home.”

Belinsky says that grassroots approach struck a chord with him. “That was thought-provoking,” he says. “I can potentially have more impact locally than federally. That energized my thinking about what might be possible.”

NOTE: My speech was recorded and put on Youtube: