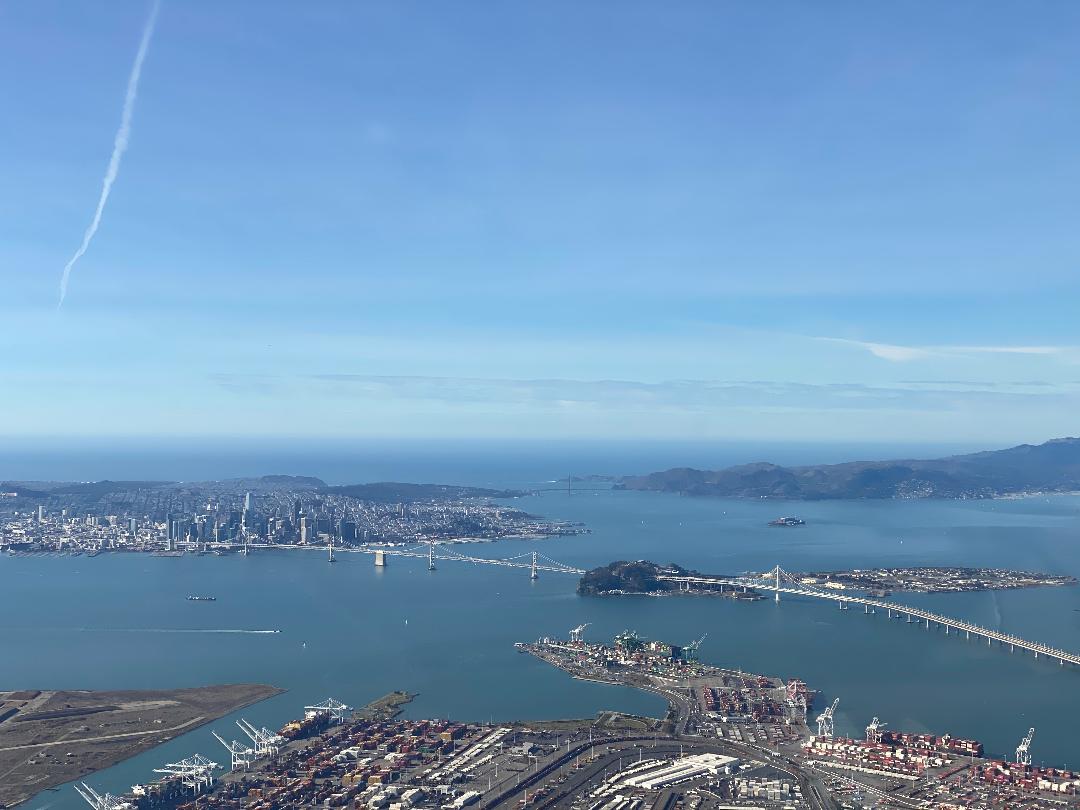 To be successful, Biden’s infrastructure plan will have to emulate the New Deal’s administrative excellence

Following the passage of the $1.9 trillion American Rescue Act, President Joe Biden wants to modernize America’s infrastructure with his proposed $2.3 trillion American Jobs Plan. Through his $1.8 trillion American Families Plan, Biden is also aiming to help our workforce by bringing childcare, parental leave and worker benefits to standards similar to those of most other advanced economies.

All in all, these efforts would exceed $6 trillion, more in constant dollars than the U.S. WWII effort. Biden has been compared to FDR and his New Deal, as well as Eisenhower and his Interstate Highway System. His improvements to our welfare system would come second only to Johnson’s Great Society and its creation of Medicare and Medicaid. However, focusing on the headline spending misses an important point, the effectiveness with which these trillions will be spent. To be successful, Biden’s giant government initiatives will have to emulate the administrative excellence of the New Deal, Interstate Highway, Apollo and Great Society programs—all of which happened many decades ago.

The New Deal, which lifted America from the tragedy of the Great Depression, was not just unprecedented government spending. It was also characterized by extraordinary effectiveness, with all its major programs implemented with remarkable efficiency, integrity and transparency. The gigantic dams of the Tennessee Valley Authority (TVA); the systematic electrification of our rural counties; and the world’s longest suspended bridges over the Hudson River, San Francisco Bay and Golden Gate, all were built with great speed—quicker that it takes today to add a few miles to the Bay Area Rapid Transit network. The New Deal and its key agencies were extremely well run, thanks to their competent and honest administrators, who in turn hired and motivated millions of civil servants. This administrative excellence started at the very top, with FDR’s star-studded cabinet—think of Farley, Forrestal, Hull, Ickes, Knox, Morgenthau, Perkins and Stimson, not to mention our armed forces leaders like Eisenhower, Marshall and Nimitz.

At the heart of the New Deal were not only the giant Works Progress Administration, but also key independent agencies: The Reconstruction Finance Corporation helped bring private capital into public investments—an ancestor to today’s private public partnerships; the Federal Housing Administration made mortgages safe again for banks after the Great Depression; and the Rural Electrification Administration encouraged private investment to join in the national electrification effort, making loans and technical support available to private sector rural cooperatives.

The TVA built dozens of dams, millions of new houses were added where needed, rural electrification quadrupled within ten years, and the gigantic war effort had a determinant participation of our largest private sector companies following a similar model with the Defense Plant Corporation. The U.S. government could rely on large scale domestic manufacturing, and even more importantly, on well-honed supply chains. It had enormous procurement power, which helped senior administrators channel key resources with utmost efficiency.

In contrast, the U.S. government today no longer has these capabilities. Administrative excellence? It does exist in the “big three” social program that have crowded government spending over the last four decades, Social Security, Medicare and Medicaid. But outside the “big three” and defense / military spending, government programs have atrophied over time, and so has corresponding implementation ability. In terms of transportation infrastructure, we still live off Eisenhower’s 1956 Interstate Highway System. The whole program took about thirty years (the first complete Atlantic to Pacific Ocean freeway, I-80, was completed in 1986), but could we even contemplate today a program of such magnitude? Even a potential high-speed rail network a mere tenth of this size appears to be way beyond reach. Unlike during the 1930s – 1960s, our government no longer can leverage procurement power.

Our private sector companies have poured billions of investment dollars into low-wage countries, while our workers’ real wages remained stagnant for 40 years; private and government investment in public equipment has stagnated at a very low level during the same period; and “Buy American” remains a political slogan for the most part, albeit a bipartisan one. Biden’s commendable ambition is to create a gigantic new green infrastructure in the country, but today the leaders in solar and wind equipment are in China and Denmark.

Even successful government programs in this area suffer from misperceptions and bad PR: President Obama’s 2009 Recovery Act included $90 billion earmarked for batteries, clean energy generation, electric vehicles and mass transit, including $4.6 billion in Department of Energy guaranteed new loans to companies investing in renewables and new clean technologies. But people today remember this program mostly for the bankrupt solar company Solyndra, while forgetting that widely successful Tesla got two such guaranteed loans, the second one literally coming just in time, when the company was on its last dollars.

In a nutshell, the Biden administration has quite a challenge on its hands if these trends are to be reversed and the proposed infrastructure and social programs become paragons of effective government. What needs to happen for these programs to be remembered for their “Teslas” as opposed to “Solyndras?” I would recommend a renewed effort by the U.S. government in six critical areas, leveraging both lessons from our amazing history and from other advanced economies that manage government programs better than us today.

1)  Recruit talented senior administrators for the key agencies involved. In terms of top Biden appointments, Janet Yellen is arguably the most experienced Secretary of the Treasury we ever had. Transportation is under the brainy and capable Pete Buttigieg. Deb Haaland at Interior, Jennifer Granholm at Energy, and Marty Walsh at labor also have great track records. To enter history alongside the New Deal and the likes of the Henry Morgenthau, Harold Ickes, Harry Hopkins, and Frances Perkins they will have to turbocharge the recruitment of first-class administrators throughout their sprawling departments—no mean feat after the four years of quasi-sabotage and widespread depletion of civil servant ranks by the Trump administration. 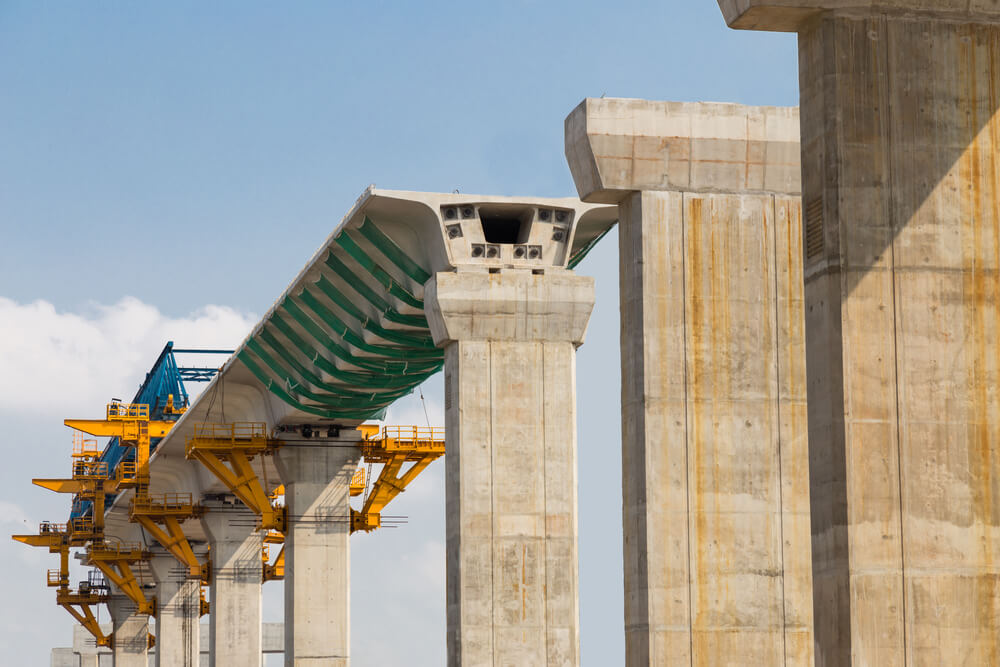 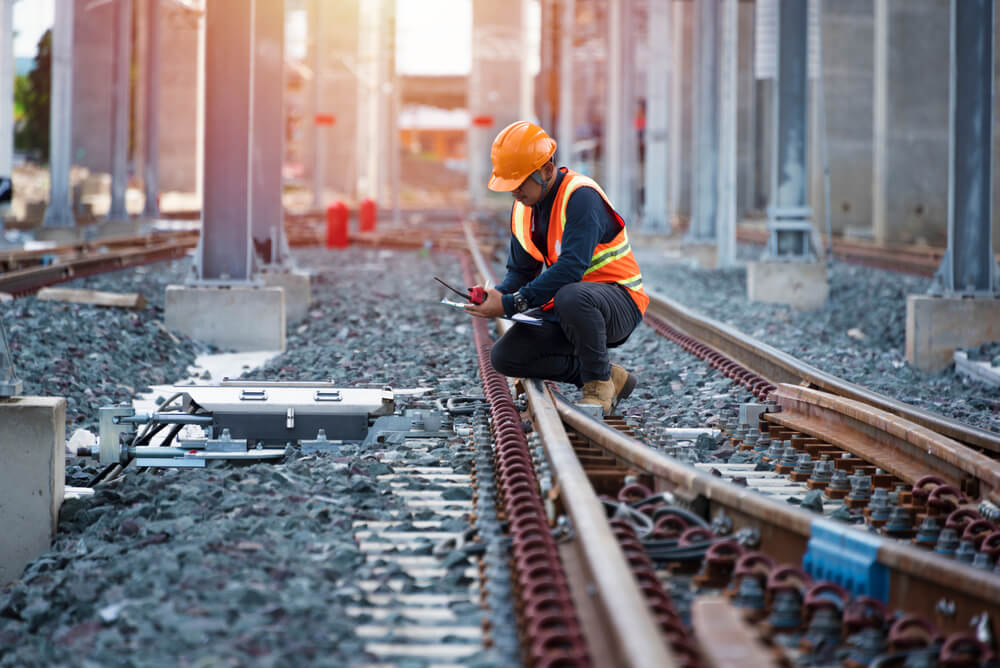 2)  Empower these administrators to recruit, train and manage competent staff—by the tens of thousands. Well-run government departments should enjoy recruiting and training capabilities comparable to those in vigor in the private sector. Sophisticated incentive processes should also be in place, with fast-track promotions based upon achieved results as opposed to seniority. Clear objectives also help to create a sense of purpose and boost morale among all government employees. Systematic career plans should be developed for all civil servants, again not unlike best practices in the private sector.

3)  Regain some degree of control on procurement and supply chains. Today government efforts are hampered by an unwieldy and bureaucratic set of federal and local regulations, as well as a lack of U.S.-based capabilities and experience in critical areas. For example, why should it take decades to build a high-speed rail line between Los Angeles and San Francisco, when a Spanish 200 mph line through similar mountainous terrain between Madrid and Barcelona in Spain was built in eight years? International trade agreements signed by the U.S. and the World Trade Organization have created a number of rules that tend to favor businesses that look for cheap labor (i.e., outside the U.S.) and prevent governments from incentivizing domestic manufacturers. This is not a total impediment to a push towards “Buy American,” since both Germany and Japan have maintained an enviable manufacturing leadership and high local waves under the same rules. Still, it is imperative that the Biden government increase its control over the supply chains required to implement its ambitious programs. This means that items as diverse as wind turbine blades, advanced semiconductors, and solar panels should increasingly be made in the U.S. To mention Tesla again, its leading advantage over other manufacturers of electric vehicles is that it manufactures its batteries in-house, therefore controlling the most critical element of its supply chain. Similarly, the U.S, government has to re-create the procurement leverage it enjoyed until the 1980s.

4)  Incentivize corporate America to join in the massive investments needed—a real and effective “Buy American” effort. To start with, Wall Street today appears ready. The markets are at record highs, betting the Biden programs will be successful. The Treasury Bills remain in very high demand (which is why the rate on the 10-year T-bill remains below 1.6%, at very low historical levels), meaning that financing options for the U.S. government are at the ready. Most private sector businesses also appear to be eager to participate in the infrastructure effort, provided renewed incentives as mentioned above are implemented. Streamlining existing infrastructure regulations to facilitate projects will also help bring many companies on board. This would be a much more productive way to engage big business and small companies together in a sizable domestic effort, and much more popular within the business community than just to use protectionist tariffs like under the Trump administration.

5)  Learn from other advanced economies. In 2019, the Institute for Government ranked the U.S. only 11th in its annual International Civil Service Effectiveness Index, published by Oxford University. Ahead of the U.S. were the UK, New Zealand, and Canada, followed by Australia and four Scandinavian countries as well as the Netherlands and South Korea. What do these European and Asian countries have that we are missing? Among other things, a formalized and well-established Civil Service, to use the UK name for such function. (France has its “Grands Corps d’Etat” and the “Fonction Publique,” and Germany three different government status groups called Beamte, Angestellte, and Arbeiter.) Civil Service and other advanced countries’ civil servants enjoy specialized academic courses and degrees, sometimes grueling competitive exams (South Korea; Japan; France), and then well-defined and rewarding career paths within national and local governments. Interesting positions abound, and transitions to more lucrative private-sector jobs are also possible, but only after many years of continuous government service. Equally important, these civil servants tend to be protected from our American “spoil system,” which means that most of these civil service careers survive changes in governments without glitches.

6)  Promote the programs and their successes, relentlessly. Thus far the Biden administration, and the president himself, are doing a stellar job in promoting the American Jobs Plan and the American Family Plan. This needs to continue, year after year. Otherwise, Republican opposition will use all its media power to paint these programs in a very negative way. Right now, the Biden administration initiatives remain solidly popular, at 60% or more approval nationwide in the polls. However, it is imperative in this area to avoid a repeat of the Affordable Care Act (ACA) or “Obamacare,” victim in its earlier years from negative republican propaganda, and which became popular only when Americans perceived it was at serious risk of been taken away from them in 2017—remember John McCain, the hero whose courageous vote saved Obamacare from the assaults of his fellow Republicans in the U.S. Senate? Today the landmark ACA polls very well, but it should not have taken so many years to get there.

The Biden administration has the potential to be one of our most consequential and transformative governments in our history. To achieve this potential, there needs to be as much attention paid to the implementation of these very ambitious infrastructure and welfare plans as to their funding.