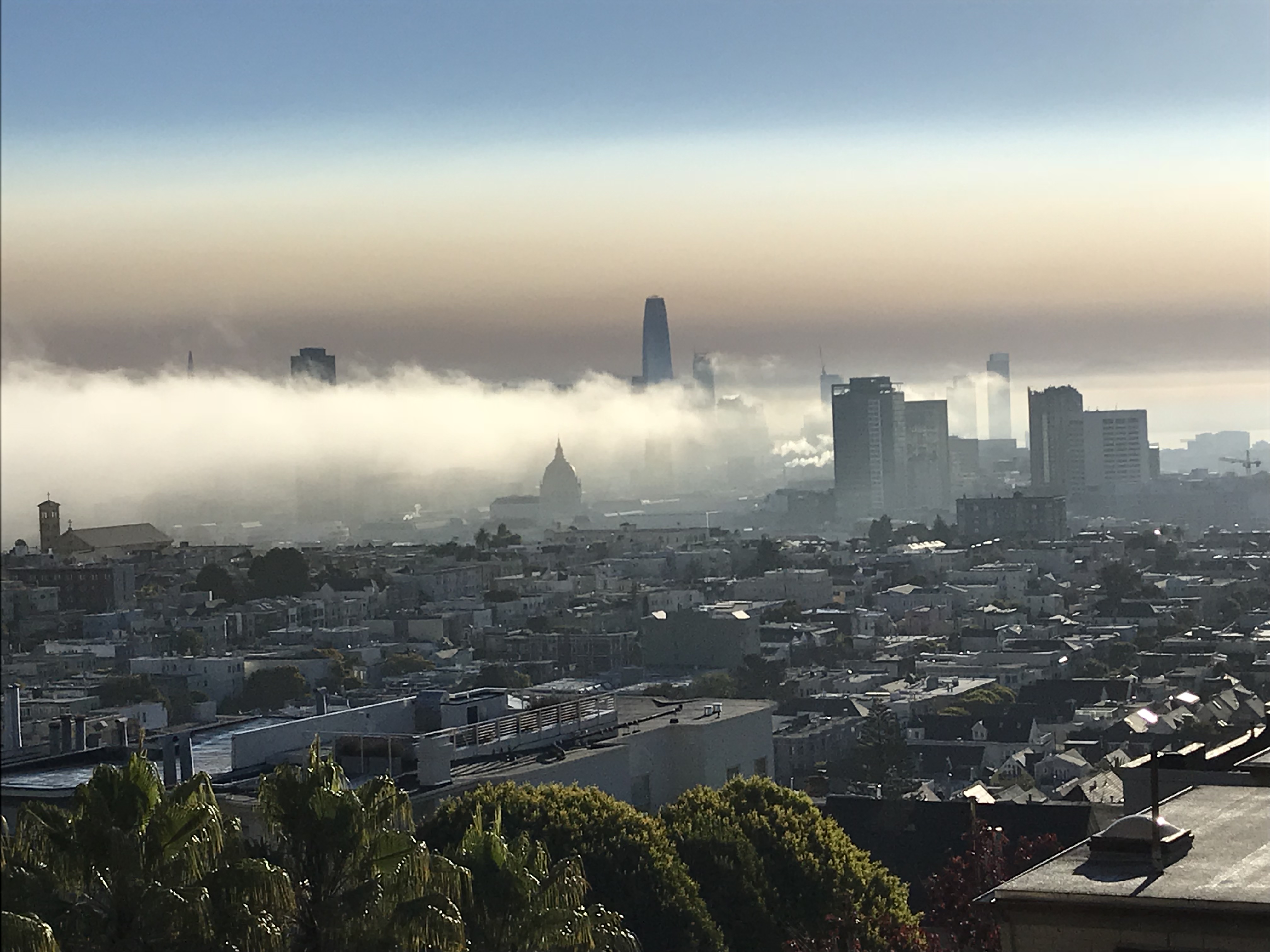 The real resistance is to protect our only planet

Right after Labor Day, with most of the country coming together in memorial tribute to John McCain, the U.S. political environment reached fever pitch with the publication of an anonymous op-ed in the New York Times, claiming that members of the Trump administration were working together to contain the president’s “worst inclinations.”

“Anonymous” suggested that resistance inside the government was actively thwarting the president and frustrating parts of his agenda, but at the same time professed to support several signature White House initiatives, such as its active pursuit of deregulation. Leaving aside the capriciousness of nameless, unelected government officials appropriating themselves the right to decide which administration projects should be opposed or supported, one can deplore that this “resistance” chose to abet the worst folly of the Trump administration, its attempt to gut environmental regulations.

The Republicans campaigning for the upcoming November mid-term elections rarely mention the unfunded and regressive 2017 tax cuts, which are justifiably unpopular. Mostly, when not attacking their Democrat opponents as “out of touch socialists,” Republican candidates tout their new Supreme Court Justices, and ongoing deregulation efforts in many areas, from finance to protection of the environment.

In finance, the watering down and partial rollback of the Obama-era Dodd-Frank set of regulations brings with it a higher risk of a repeat of the 2008 banking meltdown, but several of the Dodd-Frank protections remain in place, principally for the largest Wall Street conglomerates. In health care, the “Affordable Care Act” or Obamacare is under constant attack: with the October 2017 executive order allowing below minimum benefits standards health plans, and the provision in the tax bill ending the individual mandate. Obamacare, however, still remains the law of the land. Rather, at a time when Mother Earth is reminding us of its fragility, through widespread, increasingly frequent droughts, floods, heat waves, hurricanes and wildfires, the Trump administration appears to be at its most persistent and effective in its anti-environment policies.

First, Trump withdrew the U.S. from the Paris Climate Agreement, to much global consternation. There are close to 200 signatories to the agreement, with only 18 countries yet to ratify it, among them Angola, Iran, Iraq, Libya, Russia, Turkey and Yemen – great company! Then the administration continued to do the bidding of coal and oil & gas lobbyists and enacted rollbacks of the Clean Power Plan and other Obama-era regulations, halting efforts to reduce air and water pollution. Another rollback, soon to be announced, is the weakening of rules curbing methane leaks from oil & gas production –methane being one of the most powerful greenhouse gases. The Trump government also proposed subsidies for coal fired and nuclear power plants, attempting to go against prevailing market trends favoring cheap natural gas and the rapid rise of renewables. Amazing: a plan to subsidize pollution…Fortunately, the Federal Energy Regulatory Commission rejected this plan concocted by Energy Secretary Rick Perry to bring us back to the coal age.

More recently, Trump and the Republicans have decided to stop progress in fuel economy and greenhouse emission standards for passenger vehicles. The EPA has announced proposals to freeze fuel efficiency and emission standards on cars and light trucks at their 2020 levels – 41.7 mpg for cars, the current 2025 target being 54.5 mpg. These standards were promulgated during the Obama administration under the Clean Air Act. To roll them back, the EPA will have to present a cost-benefit analysis, including assessments of higher consumer spending on gas and increased carbon dioxide emissions. Will these analyses be based on sound science? This question deserves to be asked, since one of the rampant trends at the EPA under Trump has been the active suppression of publicly available climate change data and science.

Back to the resistance, where is it? In California, to start with. The Golden State has its own, more stringent emission standards, which have been allowed historically by the federal government under a special exemption. For good measure, the Trump administration is taking aim at this exemption, literally trying to force down Californians’ throats increased emissions and lower automotive mileage. California is not standing still: to great applause from environmentally conscious citizens, the California Legislature approved a bill in late August to mandate 100% carbon-free electricity in the world’s fifth largest economy by 2045. Governor Jerry Brown, who is hosting the September 12-15 Global Climate Action Summit in San Francisco, signed the bill on September 10. Brown and state legislators have already extended to 2030 the state’s cap-and-trade program and its market auctions of pollution permits. California and over a dozen other states have also filed a lawsuit trying to stop the proposed revision of federal emission standards. This tug of war between California and the Trump administration is making automakers nervous…the last thing they want is to have to deal with different sets of standards between California and other states—think of the production nightmares of having to manufacture different cars for California than in the rest of the country.

Cap-and-trade, ambitious fuel economy standards for vehicles, and the market-based drive towards renewables have all become symbols of the resistance to an energy agenda set by fossil fuel companies and their lobbyists. How will this end? Too soon to tell, although again the Trump administration is showing remarkable single-mindedness in its anti-environment agenda. Would a Democratic House after the midterms be able to reverse this trend, or can more damage be wrought to our environment via executive orders?

Beyond the next two years or so, policy makers who care about our only planet should start thinking strategically about new legislation to join the concert of nations fighting climate change. New, strategic regulations should send clear, simple and high-level price signals, as opposed to attempt to manage business inputs as traditional emission control rules have done thus far. For example, in electricity, legislators should look at helping develop a flexible, smart grid for the country, and establishing nationwide standards for clean energy sources. The states could then concentrate their efforts on local distribution and enable the growth of distributed energy. This would allow private sector innovations in power generation and distribution to be less encumbered by regulations, grow further and provide ever more high quality local jobs. California leads the nation in such innovations: smarter and more transparent grid management, enabled by countless electronic and software advances from Silicon Valley; distributed electricity production (which also reduces our over-reliance on large centralized production units that are potentially vulnerable to hacking); micro-grids; and ongoing progress in storage—think Tesla’s home batteries.

Above all, though, the federal government should focus on establishing a carbon tax, which would provide an effective and simple solution to the triple challenge of foreign oil dependence, environmental protection and growing government budget deficits. A carbon tax has been embraced as a practical policy by republicans and democrats alike. What other bi-partisan solution can achieve single handedly so many strategic objectives for our nation?

PS: Warmest congratulations to the 2018 Nobel Prize in Economics winners William D. Nordhaus (professor at Yale) and Paul M. Romer (professor at New York University)! Professors Nordhaus and Romer have studied extensively the economic impact of climate change, and are strong supporters of a carbon tax: They won the Nobel Prize for their work about the importance of government policies to encourage sustainable economic growth, through taxation of carbon emissions and technological innovations.

Listen to my radio interview with KGO’s Ethan Bearman in San Francisco:
https://omny.fm/shows/ethan-bearman/october-2-2018-california-s-battle-with-the-white